In contrast to the dominant religious and philosophical doctrines in the non-Christian world, Christians developed science because they believed it could be done, and should be done. As Alfred North Whitehead (1861-1947) put it during one of his Lowell Lectures at Harvard in 1925, science arose in Europe because of the widespread “faith in the possibility of science… derivative from medieval theology.” Whitehead’s pronouncement shocked not only his distinguished audience but Western intellectuals in general once his lectures had been published. How could this great philosopher and mathematician, coauthor with Bertrand Russell of the landmark Principia Mathematica (1910-1913), make such an outlandish claim? Did he not know that religion is the mortal enemy of scientific inquiry?

Whitehead knew better. He had grasped that Christian theology was essential to the rise of science in the West, just as surely as non-Christian theologies had stifled the scientific quest everywhere else. As he explained:

“I do not think, however, that I have even yet brought out the greatest contribution of medievalism to the formation of the scientific movement. I mean the inexpugnable belief that every detailed occurrence can be correlated with its antecedents in a perfectly definite manner, exemplifying general principles. Without this belief the incredible labours of scientists would be without hope. It is this instinctive conviction, vividly poised before the imagination, which is the motive power of research:—that there is a secret, a secret which can be unveiled. How has this conviction been so vividly implanted in the European mind?

When we compare this tone of thought in Europe with the attitude of other civilisations when left to themselves, there seems but one source of its origin. It must come from the medieval insistence on the rationality of God, conceived as with the personal energy of Jehovah and with the rationality of a Greek philosopher. Every detail was supervised and ordered: the search into nature could only result in the vindication of the faith in rationality. Remember that I am not talking of the explicit beliefs of a few individuals. What I mean is the impress on the European mind arising from the unquestioned faith of centuries. By this I mean the instinctive tone of thought and not a mere creed of words.”

Whitehead ended with the remark that the images of Gods found in other religions, especially in Asia, are too impersonal or too irrational to have sustained science. Any particular “occurrence might be due to the fiat of an irrational despot” God, or might be produced by “some impersonal, inscrutable origin of things. There is not the same confidence as in the intelligible rationality of a personal being.”

Rodney Stark, For the Glory of God: How Monotheism Led to Reformations, Science, Witch-Hunts, and the End of Slavery: God’s Handiwork  p121-178 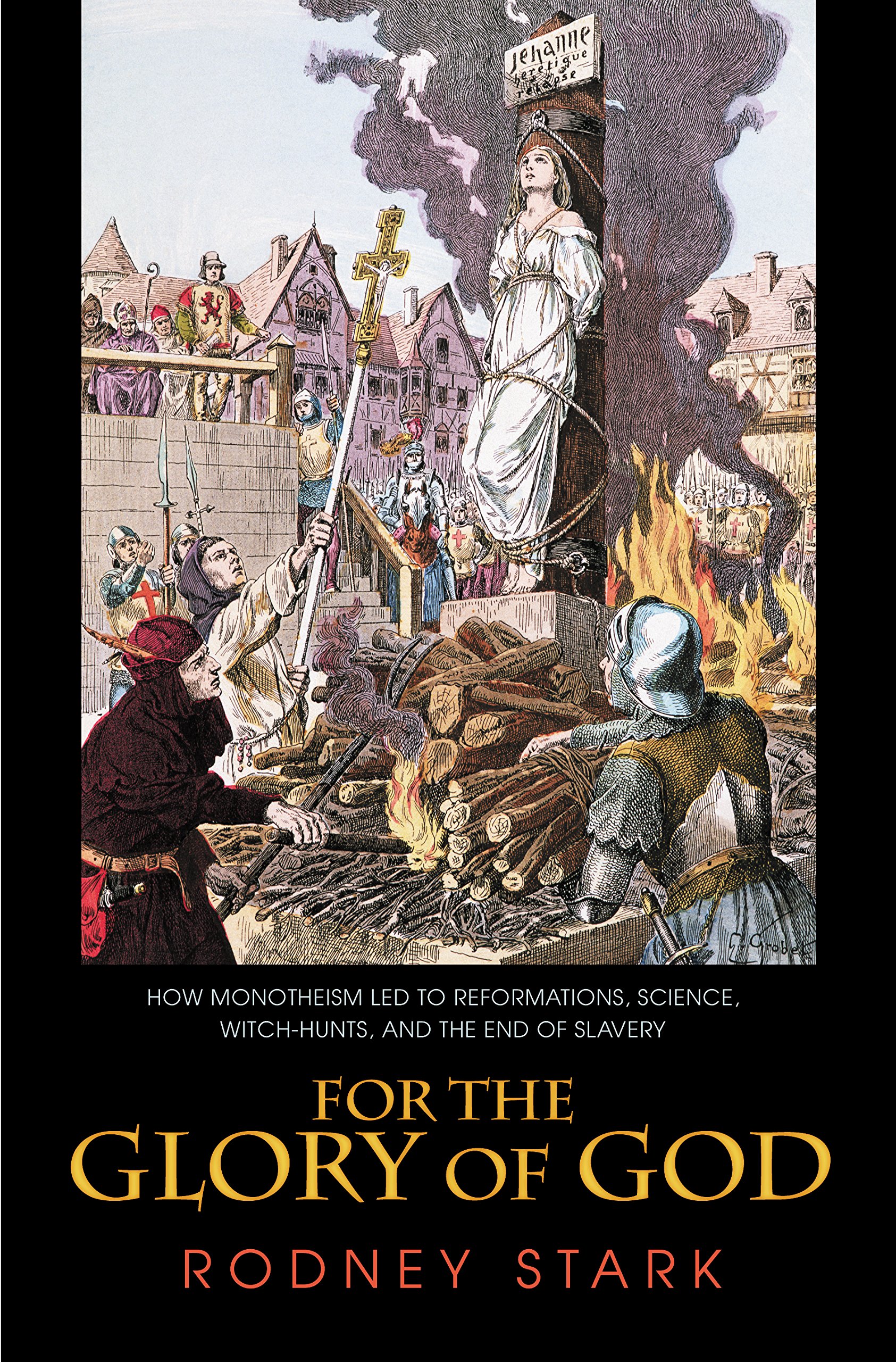